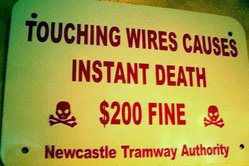 Posted by Frank Bellizzi at 7:54 AM 5 comments:

It's been a while since my last post. That's mainly because I've been doing a lot of non-blog writing of late. I know, some of you were thinking the delay was all about the Redbirds losing out to the Astros. Actually, following a good cry, I had intended to say my congratulations to Houston and that I was pulling for the National League Champions. But before I could get the words out, the Astros promptly lost the first three games of the World Series! Baseball: the perfect blend of sport and the Book of Ecclesiastes. "Time and chance happen to them all."

When I was in my late teens and early twenties--say, 1978 to 1984--if contemporary music was like plankton, then I was like a very large aquatic animal. It was during those years that I happened upon a group that in my book qualifies to win the "Best Band that Never Hit it Big" Award. In fact, I just invented that award and proudly present it to, . . . drum roll, please . . . Shoes.

That's right, Shoes. Four guys from Zion, Illinois. You've probably never heard them, or of them. But they were good.

Their "Boomerang" album, released by Elektra Records in 1982, wasn't their first. But it was my introduction to the band, and I've loved that collection ever since. With some tunes, like one called "Mayday," the sound is a nice blend of classic rock and then-popular New Wave (think, The Cars). Other songs, like "The Summer Rain" I would describe as melodic with a moderate beat (think, Bryan Adams).

I don't understand the popular music industry, then or now, so I'm not sure why Shoes didn't make it big (assuming they really wanted to). But I can guess. Very few of their songs have that sure-hit sound, although several of them could with just a little tweaking. The music is plenty good, but the recordings come across as spare and understated, begging to be a little fuller and brassier. But then, why critique a group that just received an award?

So tell me, who would you nominate for "Best Band that Never Hit it Big"? Who's your favorite no-name act? Oh, and you can listen to Shoes here.

For me, life doesn't get any better than reading from the Psalms and singing traditional hymns that repeat their words and reflect their meaning. In our worship time last Sunday night, we read and sang the following:

"All People That on Earth Do Dwell"

"The Lord's My Shepherd"

"How Sweet, How Heavenly" (We held hands while singing this one)


I'd be interested to hear about the churchly experiences of others, especially well-planned times of worship and praise.
Posted by Frank Bellizzi at 7:40 AM 2 comments:

People are now spending $1.7 million per hour buying up tickets for a $340 million power-ball lottery drawing scheduled for tonight. Since yesterday, the odds of winning have grown just a little longer: from 145 million to 146 million to 1.

Now and then, you'll hear the faint voice of a lottery official who's mouthing the message, "Please play responsibly," as though that were possible. Of course, this is followed by yet another live report from a convenience store:

"Here in Podunk, Jim, lottery tickets are selling like hotcakes!"

"It looks like the line goes all the way around the building, Susie! I bought five tickets this morning myself."

State legislators know good and well that lotteries represent one of the most repressive forms of raising revenue, two to three times more repressive than, say, an income tax. Not to mention that the fine-sounding reasons for establishing a lottery ("these monies will help fund education" etc.) are rarely followed once the state-sanctioned gambling has begun.

What elected officials are telling their constituencies adds up to this: "As long as we don't have to tell the rich people we've got to raise their taxes, we'll take foolishly-spent money and use it anyway we want."

For all of our collective agonizing over the plight of the poor, why doesn't anyone say that the have-nots would have at least a little more if our states would stop taxing their folly and desperation?
Posted by Frank Bellizzi at 5:40 AM 5 comments:

Email ThisBlogThis!Share to TwitterShare to FacebookShare to Pinterest
Labels: lottery

The ninth inning of last night's game between St. Louis and Houston still has me dumbfounded. It was a shot to the solar plexus that Houston will have a hard time overcoming, no matter how much bravery they bring to Busch Stadium. With high drama and real momentum behind the Cardinals in St. Louis, it seems to me that though Houston needs only one win, the pressure is squarely on them. It will be interesting to see how the two teams respond.

Of course, today everyone's talking about Albert Pujols. That's to be expected. But the fact is, without David Eckstein's seeing-eye single, and without that gutsy walk by Jim Edmonds, the smash by Pujols would not have given the Cardinals the lead, nor even a tie. It was neat to hear Albert acknowledging that in the post-game interview. Not only a great player, he seems to be fine person as well.

For folks who drop by this blog and don't really care about baseball . . . I promise to talk about something else very soon.
Posted by Frank Bellizzi at 5:17 PM 4 comments:

So, the Angels of Anaheim (formerly of Fresno, before that from Bakersfield) whipped the White Sox last night, 3-2. The more I see and hear of Mike Scioscia, the Angels' manager, the more I'm impressed with him. Could it be a St. Louis vs. Anaheim World Series? We'll see. In the meantime, feel free to talk baseball to me. Here, halfway between Boston and the Bronx, it's gotten awfully quiet.

Regarding the value of memorization, particularly great poetry and prose, take a look at this piece. Then, get Frost or Lincoln or somebody off the shelf and learn a line or two. Even better, learn it with your kids. It's the expressive equivalent of eating your vegetables. Sounds yucky. But it's good for you. And you might just come to love it.

In our Wednesday-night Bible class, we just started a survey of the Old Testament's twelve Minor Prophets. Because these oracles come from different times and places, it's not easy to give an overview. The words and their messages tend to get overshadowed by the historical background that's essential to the way that we typically approach and use Scripture. All that to say, when a Bible teacher knows and is sensitive to the discrete history surrounding a passage, but also treats that passage as a word from God, be thankful and listen. It wasn't easy and you need to hear it.
Posted by Frank Bellizzi at 5:48 AM 1 comment:

Once again, the Cardinals won last Saturday, sweeping the Padres to advance to the National League Championship Series. The expression "They're on a roll" was invented for times like these. What a team!

The Astros will probably put up a fight for the N.L. championship. But I think the Redbirds have the clear advantage. If so, the question is all about who St. Louis will be playing in the World Series. Provided the Cardinals bother to show up for this one, I'd thoroughly enjoy watching them take down the Yankees. But then, the Yankees haven't made it to the ALCS yet. We'll see what happens tonight. Stay tuned.

"The essence of pleasure does not lie in the thing enjoyed, but in our attitude to it. The person who rejoices in simplicity will find no pleasure in riches. If the simple person asks for a glass of water, and receives the finest wine in the costliest chalice, it will not give pleasure, but pain. We shall enjoy the greatest pleasure in this life if we learn to love the simplest things."

I recently read that teachers should "emphasize understanding over memorization." The phrase consciously avoids a false dichotomy, while leaning in that direction. It made me wonder why the writer's experience and observation and conviction is so different from mine.

I'm thankful that my mother and some great teachers of mine didn't think that memorization and learning have little in common. Fact is, in so many cases I've been truly caught by those things that were repeated in my presence so often, or that I said so many times, they became a part of me and shaped me from the inside out. Those things that I can repeat, that I've sought to apprehend through the dreaded route of rote memorization, are what control my imagination as much as anything else.

"In the beginning God created the heavens and the earth."

"Love divine, all love excelling, Joy of heaven to earth come down . .

How about you? What words, what lines are a permanent part of your psyche?
Posted by Frank Bellizzi at 1:37 PM 4 comments:

The Cardinals won again! They now lead the division series against the Padres two games to none. The only thing that could make this sweeter? . . . Hearing Jack Buck call the games. They've had professional football in St. Louis for a long time now. But the love of the city is baseball. In fact, the entire region for hundreds of miles around is Cardinal Country. The voice of Jack Buck coming over the airwaves on AM radio KMOX has a lot to do with that. I still miss him.

Last Sunday, I read that since 1970 the size of the average new house has gone from roughly 1500 square feet to nearly 2300. With young adults putting off marriage, the prevalance of divorce, and the smaller number of children in families, it's hard to imagine that the increase is due to more people at a single address. In fact, I'd have to guess that in the same period of time the number of people in these increasingly-larger houses has gone down.

All that to say, I have a hard time believing the folks who claim that it's gotten harder and harder to get by in America. The fact is, a lot of us have prospered.

Is the house you now live in larger and better than the one where you grew up? What's behind the increase in the size of houses? And would it hurt us to scale back a bit on the number and size of new houses? (I wonder how the rebuilding of the Gulf Coast might impact all of this, if at all). For Christians, how should the call of the gospel, the demands of the kingdom, influence the choice of a house?
Posted by Frank Bellizzi at 5:37 AM 1 comment: 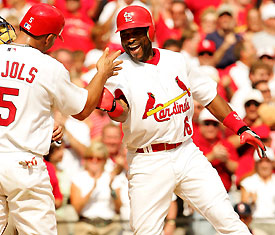 Posted by Frank Bellizzi at 7:55 AM No comments: