Preachers Who Are Not Believers 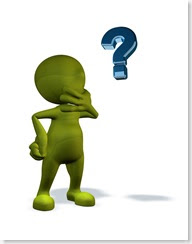 Some church ministers have a secret. A big one: they no longer believe what they preach. They no longer accept the tenets of the faith that their congregations are committed to.

1. Here's the article that Daniel C. Dennett and Linda LaScola published in the journal Evolutionary Psychology, "Preachers Who Are Not Believers."

3. Here's the page at ABC News.com that highlights a recent segment they did, apparently as a spin-off from these articles. Only there's a problem here: the text on the page is a match, but the videos that accompany the story are not a match. Not sure why. "Atheist Ministers Struggle With Leading the Faithful."

Anyway, although I haven't read it all just yet, I think this story is fascinating. All of my adult life, I've worked as a preacher and now as the director of a Christian Student Center. By experience I've always known that ministers have doubts and unanswered questions about the faith they teach and practice. In fact, I don't really trust the ministers who claim they don't have those questions. I suspect they're either lying or that they don't do much thinking, a major problem either way.

On the other hand, it's an entirely different thing for a minister to secretly reject the basics of his or her faith and stay in a ministry position, preaching week after week.

Somewhere in the middle, I'd say, is the minister who hasn't rejected basic Christian beliefs, but who doesn't share the congregation's commitment to group identity markers: like a Reformed pastor who doubts Calvinism, or a Pentecostal preacher who thinks tongue-speaking might be mumbo jumbo, or a preacher in the Churches of Christ who doesn't think instrumental music in Christian worship really matters to God. (Not that there are any preachers in that last category. It's just an example, okay?).

All of this raises a number of questions for me. Questions like:

1. What is the legitimacy and role of doubt in Christian life?

3. If a minister were to confess, or a church were to discover, that the minister harbors deep-seated doubt or an agnosticism about the Christian faith, what would be the right way for the church to handle that? (According to one story, a preacher publically confessed atheism and was asked by the congregation to stay on until his successor was named).

4. What is the minister's responsibility to the church with regard to these questions? That is, when is a minister who harbors doubt justified in maintaining his church-staff position? At what point does the unorthodox minister become a sort of religious prostitute?

5. Are churches places where people are afraid to ask their questions or express their doubts for fear of rejection? I know, to ask is to answer. But what's the right way for church leaders to handle what have to be many, many wide-ranging questions in the congregation?

6. Is the biggest problem here dependency on money? It has to be the case that the main reason why disbelieving ministers refuse to be honest is because, if they were, they'd lose their income. Is a Christianity that is strongly tied to institutional forms at the root of this question?

What do you think?
Posted by Frank Bellizzi at 8:45 AM 3 comments: