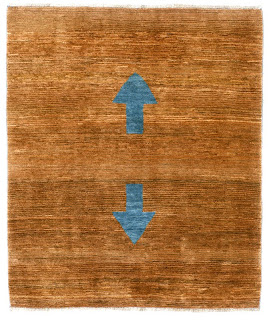 In the spring of 1945, C. S. Lewis published a little book he called, The Great Divorce. He realized, naturally, that the title would raise a lot of eyebrows. How could anyone talk about a good divorce? And here was a book about a great one?

But Lewis wasn’t speaking of divorce in the usual sense of that word. He wasn't talking about marital divorce. He meant instead the divorce between Heaven and Hell; the real opposition between truth and falsehood; the radical distinction between good and evil. There is a real choice we have to make between the two, he said. And that choice of ours leads us to one of two very different destinies.

Why would he need to write a book about that? Because, explained Lewis, we fallen human beings want to accept a dangerous idea that just isn’t true. We somehow want to believe

that reality never presents us with an absolutely unavoidable ‘either-or’; that, granted skill and patience and (above all) time enough, some way of embracing both alternatives can always be found; that mere development or adjustment or refinement will somehow turn evil into good without our being called on for a final and total rejection of anything we should like to retain (p. 5).

Lewis was rejecting the notion that when it comes to how we live our lives, we can have it both ways. Instead, we must recognize a distinction and choose between right and wrong. In the end, such choices will make the difference between Heaven and Hell.

The Great Divorce was a strong attack against muddled thinking and life with no integrity. But those things haven’t gone away, have they? Sixty years later, people continue to accept the idea of no absolutes. When it comes to matters of faith we’re told that “All roads lead to the same place.” When it comes to morality and ethics, we’re told that you and I might hold convictions that completely contradict each other. But each is perfectly right to retain them as individuals. I can have my truth, and you can have yours. Nobody has to give up anything.

I don't know if it's true or not, but it makes a good story. You've heard it, I guess. A well-known philosopher gave a speech advancing the idea of relativism, no such thing as consistent, unified truth. In the question-and-answer session, he was asked, “Are you certain that you’re right?” to which he said, “Absolutely.” But no discrediting or embarrassment of such thinking will make it go away. People will keep believing and saying that, when it comes to how we live, we can have our cake and eat it too. Why? Because, deep down, that’s what we would like.

Into our world, sick with sin, enters the very first Psalm. It announces that there are only two ways; that those two ways are diametrically opposed; that they run in completely opposite directions:

Blessed is the man who walks not in the counsel of the ungodly, nor stands in the way of sinners, nor sits in the seat of the scornful. But his delight is in the law of the Lord; and in his law he meditates day and night. And he shall be like a tree planted by the rivers of water, that brings forth his fruit in his season; his leaf also shall not wither; and whatsoever he does shall prosper.

Two ways, says the writer. Many centuries later, Jesus himself would affirm this view: